Symptoms Of MS: An Overlap Of Two Conditions 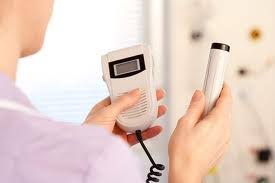 Since the association of CCSVI (chronic cerebrospinal venous insufficiency) and multiple sclerosis (a demyelinating disorder of the central nervous system) was demonstrated by Dr. Paolo Zamboni, who showed that over 90% of the patients who have MS (multiple sclerosis) also have CCSVI, there were many questions that were raised whether CCSVI and MS had a common development.

MS or multiple sclerosis is a chronic demyelinating disorder of the central nervous system (brain and spinal cord). This disease typically affects often non-related areas of the CNS and occurs in episodes, when the patient shows signs of the part of the CNS being involved.

Other symptoms of ms, which are seen, include vertigo; gait problems (ataxia), Lhermitte’s sign (a clinical sign of irritation of meninges, the tissue that covers the brain and the spinal cord, but is often considered as a presenting symptom when the patient presents with an electric pain running down the back when they try to bend their neck forward) and even chronic pain can be a symptom of MS. The main pathophysiology of the disease is the intermittent episodes of nerve demyelination which is mediated by the same cells which offer the body the immunity that it naturally has, thus directing them to damage the body’s own nervous tissue, causing all the symptoms of ms.

Chronic cerebrospinal venous insufficiency, commonly known as CCSVI is another pathology that was found to be almost always associated with MS raising questions of the common link of development of these two conditions. The association between the two was made concrete by an Italian physician. Although the initial theories of MS had a component of thickening around the veins of the brain and infiltration by white blood cells, this was previously believed to be a consequence of the defective formation of the blood brain barrier. But the proof of this association changed the views on the condition.

A few of the ccsvi symptoms can be:

Hence from the different symptoms that have been listed for both MS and CCSVI, it can be seen that there a considerable degree of overlap of the symptoms, further fortifying the possible yet elusive link to these two associated conditions.